Batman V Superman Is Better Than The Dark Knight

Having recently viewed (and enjoyed) Suicide Squad I thought I should give Batman V Superman another chance. It’s no joke that this movie has garnered a lot of hate since its debut this summer (featuring not one, but two Martha’s!) however with the release of the Ultimate Edition to somewhat positive response I thought – why not, let’s give it a go. Right off the bat I will say there is zero reason to buy into the R rated hype. We all know that Deadpool caused a wave of studio response across the board of obvious knee jerk reaction in terms of studio heads coming to the realization that, yes we do want R rated films. Sad to say you will not find that here. But, that aside, I’m not here to talk about the shortcomings of the movie. You have read a ton of articles and probably watched every YouTube video out there making fun of ‘that scene’ (WHY DID YOU SAY THAT NAME). However if you would for a moment, indulge me, while I mention why this film isn’t “that bad” but is rather quite enjoyable.

It’s better as a longer movie. All the scenes they cut out actually make the movie make a lot more sense. First is the obvious sub plot of Kahina Ziri played by Wunmi Mosaku. In the theatrical cut we see an interview with her on tv, and that’s it. In the Ultimate edition we follow her story – in fact part of this story is why Clark Kent goes to Gotham City (not to cover football as assigned by Perry White) to find that “The Batman” is now feared by the people he use to protect. This point is built upon in a few other scenes that leads to the initial confrontation that we all saw where he tells Batman “Next time they shine your light in the sky don’t go to it.”. In fact Lex Luthor actually arranges to have Kahina killed at the same time as the capitol explosion. 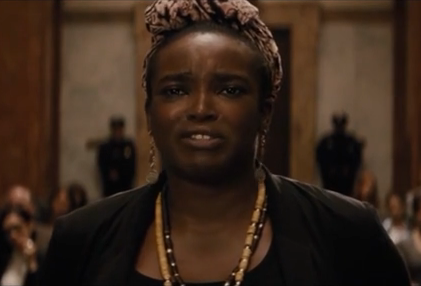 There are a lot of little scenes that go on like this, but one important deleted scene that was released to the public even before the film came out was the “communion scene”. It shows Lex Luthor being captured, but not before we see him being looked over by Steppenwolf holding three mother boxes – that we also get a glimpse of in the Justice League trailer. Again, even if you’re not familiar with DC lore, this makes the film – in context – make a lot more sense for the final scene with Lex and Batman when he foretells the coming. Instead of simply panning to a painting with no other reference to go off of, this sheds a hint of light of what’s to come in Justice League.

Now here is why I feel this film fits, right now, better than the Nolan version of Batman. It’s no secret that Christian Bale was offered $50 million dollars to do Batman V Superman. I’m glad he didn’t take it. In Nolan’s world, he set up Batman to be ultra-realistic. There is no room to fit in metahumans. Scarecrow, Bane and the Joker could all exist in real life in the Batman that Nolan created. Ra’s Al Ghul doesn’t have the Lazarus Pit nor was Bane created by venom. In fact I have always asserted that The Dark Knight feels more like a mobster film that Batman just happens to be in. In Batman V Superman (and to an extent Suicide Squad) we are introduced to magic (Enchantress), metahumans (Superman, Flash, Aquaman, El Diablo etc.) characters that would never had existed inside the Nolan DC universe. So while some people may like Ledger’s Joker better, liking one character didn’t do the overall DC universe justice in terms of their plans for their franchise. It would be like me saying I like Gal Gado’s Wonder Woman the best and basing my entire judgment on Batman V Superman strictly on that.

So while it’s unfortunate that Batman V Superman had to be sacrificed for the sake of essentially retelling part of Batman’s origin, it’s better than the Nolan Films for the DC Extended universe in the long term. Hope remains for what they have shown releasing Justice League and Wonder Woman footage and it can only get better from here.

Point is, if you enjoyed Suicide Squad like I did give Batman V Superman a second chance but do so only though the Ultimate Edition.