Should You See Tomorrowland This Weekend?

Home » Nerd Film » Should You See Tomorrowland This Weekend?

Imagine for a minute if Gore Verbinski’s Pirates of the Caribbean was released now in 2015. Now imagine the film itself, with the mood-setting fog on the bow of a navy vessel instead opening at Disneyland, on the actual ride where a kid riding the plume at the moment of the drop where (what used to be the skull, now replaced with the squid faced Davy Jones) says “dead men tell no tales” he was magically transported to the time of pirates. You might feel cheated at first for paying to see a blatant two hour Disney commercial. This is how Tomorrowland opens. Disney buffs, of theme parks and films alike, might simply take this as a homage and those who only frequent the west coast park will get a chuckle when they hear the likes of “It’s a small world”, however anyone who’s been to Disney World or Epcot within the last thirty years is either going to love or hate the first twenty minutes spent introducing us to the world of Tomorrowland. It’s like an Easter egg hunt to see who can find the most Disney references crammed into the 1960’s world’s fair.

And that’s the biggest problem with the film overall. Each scene adds to world building of Tomorrowland, whether in this world or the next, but the film really struggles to find traction. While Brad Bird does an excellent job with set pieces, and building the action, it doesn’t do much to further the story. We’re told (and shown) that Tomorrowland is this magical place. We’re drawn, much like our main character, to the mystery of what Tomorrowland is. How we’re show this wonderful place is through the button that’s mysteriously given to our main character, Casey Newton (Britt Roberts), through some convoluted circumstances that would take its own article to explain. The transport gimmick you see in the trailer is pretty much the extent of its use, so don’t expect to see it expanded upon in the film. What’s more it uses the trick a few too many times, that because of the pace, by the time our band or characters get together, we’re all but worn on the concept. For all its faults, Tomorrowland is a beautiful film though. It’s pretty to look at, but not much gets accomplished. The easiest parallel to draw without spoiling too much is to look at The Matrix. In The Matrix, nothing is accomplished. By the end of the film you’ve had a lot of pretty action and set pieces but all that they have managed to do is determine that Neo is the one. Had there been no sequels (love them or hate them) the story would have ended there. If you look at the Matrix as a whole trilogy, in comparison to Lord of the Rings where it’s obvious that Fellowship of the Ring is the first act of a single story, Tomorrowland gets stuck in that rut. Two thirds of its story is character building, and it’s interesting. I want to state that I’m on the side of the writer here, and I feel that there were multiple stories he wanted to tell, but there was not enough time to do so. We spend what feels like a quarter of the film with one character only to dismiss them to then start the film over with another character. Meanwhile the film struggles with deciding who it’s true antagonist is: Group A, Person B… The FUTURE!. There is an underlining message to the whole film, made apparent by a lengthy villainous monologue at the end. Preachy films have never bothered me, and Tomorrowland sprinkles inspiration here and there but lays it on thick at the very end. At the end of the Day I enjoyed Tomorrowland, but I can’t really tell you why. Hugh Laurie was fantastic, but I can’t say the movie was fantastic because of his ten minutes of screen time. I usually enjoy Damon Lindelof as a writer, and was a big fan of LOST, however I think 2/3’rds of this film is first act and 1/3rd is second and third act. Brad Bird is everyone’s favorite director who’s taking his time NOT making Incredibles 2, but he showed his live action chops with Mission Impossible Ghost Protocol. You would think all this talent combined would produce something, well, incredible – but while I enjoyed it I was still a bit underwhelmed. One thing that did stand out however were the performances. Aside from Clooney and Laurie, the children who were cast – most notably the child who played Athena (Raffey Cassidy) were absolutely fantastic. 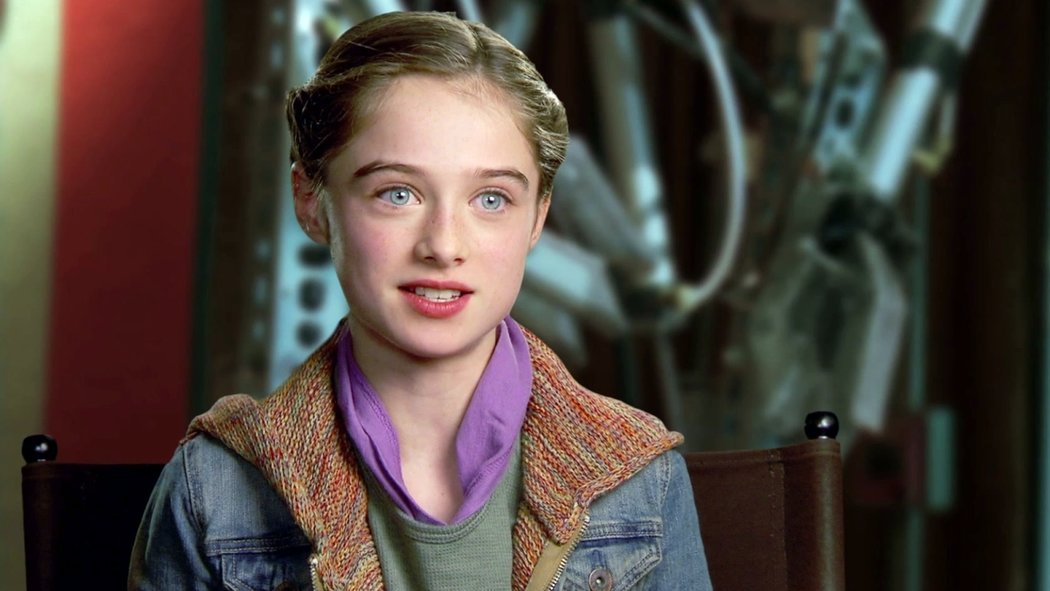 While I do have a tendency to enjoy the Disney live action films, I would like to see them step out and do more original content. For every Pirates of the Caribbean there’s inevitably going to be a Haunted Mansion. In the 90’s they were turning out decent films like The Three Musketeers and The Rocketeer. Now that technology has advanced, I can only imagine what they could create if they weren’t afraid to play it safe. Hell I’d like to see them make a Haunted Mansion film based on the original story they tell you when you go to the theme park, not a family friendly Eddie Murphy vehicle. At the end of the day Tomorrowland is a family friendly feast for the eyes with some familiar world ending sci-fi tropes. While it is my sincere belief that Damon Lindelof wrote this in his bathtub while lighting a cigar with the residual check he got from LOST, don’t let that stop you from taking your kids to see it Monday when you realize they are out of school and you have nothing better to do.